Do We Immortalize Dead Musicians And Artists? 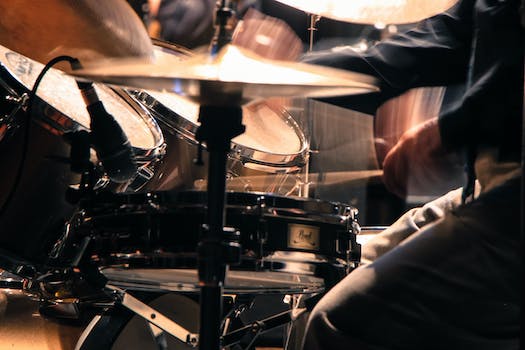 Whichever genre you listen to (Reggae, Hip-hop, Hard Metal, Rock n Roll, Soul, Jazz, Classical etc.) there’s always an Artist(s) who in their Peak Revolutionized the industry and inspired a generation with their Lyrics, Talent, Songs, Personality, and Performance.

They were like demi gods in their deepest worshiped by legions of fans worldwide, captivating us with their lyrics & songs, but their cryptic & premature death shocked us left an inedible mark on our lives, making us immortalize them to the day.

But what if they were still living; would we hold them in awe? Would their sway & fame be the same as before they died? What affects our attachment to them when dead than alive? Is it something inherent or psychological making us appreciate them more?

It’s tough to understand what really makes us immortalize such artists, but after reading a few posts, I have advanced several theories to help explain.

“Many things he’d try for he knew soon he’d die,” “Now Jimi’s gone, he is not lonely/ His memory lives on,” “Five years, this he said/ He’s not gone, he’s just dead.” These lines baffled fans globally, as exactly five years after he was found dead in his flat aspirated by his own vomit while drunk. Many believed he predicted his own death, and by the lines above I’m leaning towards the same, which provided an aspect on my theory why we immortalize them Artist who called their death.

From John Lennon, Bob Marley, David Bowie, Kurt Cobain, and Tu pac Shakur, all somehow predicted their death through lyrics or might have succeeded during interviews. With near prophetic precision of the premature departure, fans were mystified by creating conspiracy theories explaining such premonitions. With no rational reasons or motives, fans refused let them idle in Peace as they continuously searched for any rational explanations.

Thus immortalizing such musicians by refusing to let them fade away, by seeking answers to explain how they could have somehow predicted their own death and revering them by trying to decipher such puzzles.

Aaliyah Dana Haughton also known by her moniker Aaliyah, achieved such a feat still a teenager, not forgetting her roles in a variety of Blockbusters such as Romeo must die.

As her star was shining brightly, on August 25, 2001 at the tender age 22 her life was snuffed out with a plane crash in the Bahamas, and after an autopsy traces of alcohol & cocaine was discovered in the pilot program. Her demise shocked all worldwide, as fans hadn’t had enough of her exceptional talent, they were not finished with her, and she still had more to offer.

Hence providing another aspect of, Merritt Island Raccoon Removal, where we immortalize such artists by refusing to allow them Rest in Peace, because their passing came rather too soon & surprising rather than giving fans time to comprehend the circumstance.

Or it can be something inherent or psychological; since they hold a special place in our heart, just like our loved ones, hence when they die we keep their memories burning in our hearts thus immortalizing by default.

Whatever reason you have or think of, no one deny the fact that their songs & lyrics played a major role in shaping our lives in one way or another, hence morally obliged to immortalize and keep their memory alive.