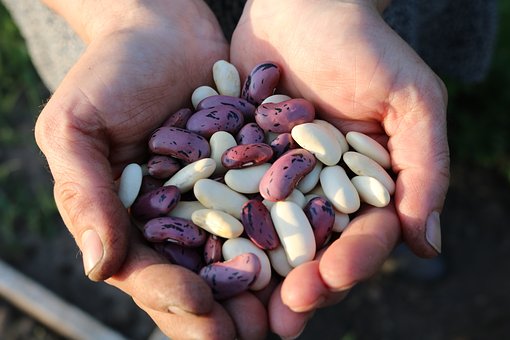 We are clearly full of beans. From the U.S. alone, we have about 8 pounds of beans annually, per capita, and the current prevalence of Mexican cuisine plays no small part. The U.S. plants around 1.6 million acres per year. Worldwide production of dry beans was over 18 million metric tons in 2016, the top manufacturers are Myanmar (Burma), India and Brazil.

China loves their soybeans (edamame) and mung beans, the Middle East grinds garbanzos for hummus and tahini, Mexico serves up refried pinto and black beans, Italy makes their signature minestrone with cannellini and red kidney beans, and the U.S. favors them baked, or cajun red beans and rice. While once considered an inferior food, beans are stored in high favor globally.

They could be dried and transported on ships, they lasted through a long cold winter, they are soaked or boiled easily and they stuffed empty stomachs. Beans are one of the oldest cultivated crops, providing an important source of protein and nutrition throughout Old and New World history.

Fava beans were a major source of food for the ancient Israelites and are still eaten primarily in Mediterranean countries. Old Testament civilizations such as Jericho and Babylon consumed them every day. The Aztecs and Incas grew and ate legumes as a important part of their diet. Other South American countries thrived on them from the seventh century BC. They were also employed as counting tools and cash, and seemed symbolically at weddings. Asia has eaten them for centuries, and Egyptians included them in tombs to insure voyage to the afterlife.

Italian Renaissance gourmet Bartholomew Scappi explained dishes of beans, eggs, cinnamon, walnuts, sugar, butter and onions in his cookbooks. Catherine d’ Medici of Florence was supposedly so fond of Italy’s cannellini beans, she smuggled a few to France when she married Henry, Duke of Orleans, later to become King Henry II of France. (You know those French chefs–beans were considered under them ) If this story is accurate, we can thank Queen Catherine to get cassoulet, a French delicacy made with goose fat, duck or lamb and white beans. (When the Queen wanted legumes, her French chefs jumped)

During the 9th century, Charlemagne (King Charles I) restored productivity to European lands which had been ravaged by war, ordering chickpeas to become a major crop which helped prevent starvation in his vast kingdom,

Early American colonists cultivated multiple kinds. They have been used in soups and stews and could be dried to feed large families throughout the winter, when food was scarce. Thomas Jefferson enjoyed many distinct kinds of beans out of his abundant garden, experimenting with various varieties and creating new recipes for his dinner guests. (Well, okay, our foodie president didn’t actually cook, but he supervised his French-trained chef.)

From the early 1900s, a man named Henry J Heinz put canned baked beans on the map, both in the U.S. and the U.K. Today, Heinz baked beans is one of the most recognizable and popular canned foods on the grocery shelves. Surprisingly, the top bean eaters on the planet are the U.K. countries. Worldwide, a whopping 2 million people consume baked beans daily.

What is more American than franks, Rat Poop and beans? Or chili?